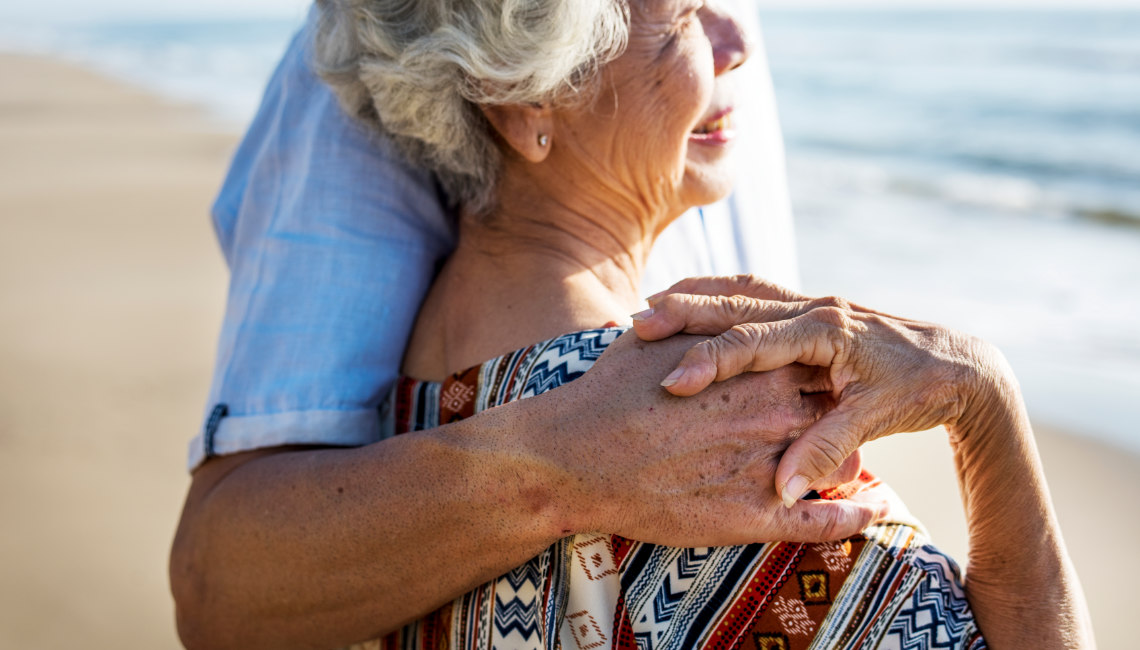 Alzheimer’s is the most common form of dementia; a progressive, relentless loss of mental function characterized by degeneration of brain tissue, including loss of brain cells and the development of senile plaques (amyloid) and neurofibrillary tangles.

Dementia is a slow, progressive decline in mental function in which memory, thinking, judgment, and ability to learn are impaired. Dementia is never a normal part of aging, and symptoms develop slowly, worsen over time and interfere with the daily life.

As people age, changes in the brain cause some decline in short-term memory and slowing in learning ability. These normal age-related changes unlike dementia, do not affect the ability to function. People who are ageing may misplace things or forget details, but people with dementia may forget entire events, have difficulty performing normal daily tasks such as driving, cooking, and handling finances.

In the United States, an estimated 6 million people have dementia, 60% to 80% being Alzheimer’s disease. It becomes more common with age, and occurs primarily in people over than age 65 (32% of population). It affects up to 200 000 people under age 65 (11% of population), and as baby boomers age, the incidence continues to rise. Worldwide, in 2015, there were 46.8 million AD patients with direct and indirect costs to society of 81,800 million USD. By 2050 there will be 1 million new cases annually in the United States, and the costs are projected to rise as high as 1.1 trillion dollars. The disease is twice as common among women as among men, partly because women have a longer life expectancy.

What causes Alzheimer is unknown, but it can arise from a combination of genomic, epigenomic, metabolic, and environmental factors. The genetic factors play an important role in the familial form of AD. Most cases are sporadic, with late onset (≥ 65 yr) and unclear etiology. At least 5 distinct genetic loci, located on chromosomes 1, 12, 14, 19, and 21, influence initiation and progression of Alzheimer disease. Mutations in genes for the amyloid precursor protein, presenilin I, and presenilin II may lead to autosomal dominant forms of Alzheimer disease, typically with presenile onset. In affected patients, the processing of amyloid precursor protein is altered, leading to deposition and fibrillar aggregation of β-amyloid. β-Amyloid may lead to neuronal death and formation of neurofibrillary tangles and senile plaques, which consist of degenerated axonal or dendritic processes, astrocytes, and glial cells around an amyloid core. Genetic determinants include the apolipoprotein (APO) E alleles (ε). Apo E proteins (the protein part of certain lipoproteins, which transports cholesterol through the bloodstream) influence β-amyloid deposition, cytoskeletal integrity, and efficiency of neuronal repair. The disease seems to run in families, and APOE is the most common gene abnormality. There are 3 types of APOE. For people with 2 ε4 alleles, risk of developing Alzheimer disease by age 75 is about 10 to 30 times that for people without the allele. In contrast people with ε2 allele seem to be protected against Alzheimer’s disease. Genetic testing for APOE cannot determine whether a person will develop Alzheimer’s, so this testing is not routinely recommended. Variants in SORL1 may also be involved; they are more common among people with late-onset Alzheimer disease. These variants may cause the gene to malfunction, possibly resulting in increased production of β-amyloid. The idiopathic form of the disease, which accounts for 95% of cases, is associated with aging and has some other unrevealed risk factors. The relationship of other factors (eg, low hormone levels, metal exposure) and Alzheimer disease is under study, but no definite causal links have been established.

Symptoms usually begin subtly. People whose disease develops while they are still employed may not perform as well in their jobs. In those who are retired and not very active, the changes may not be as noticeable. The first sign may be forgetting recent events, although sometimes the disease begins with depression, fears, anxiety, decreased emotion, or other personality changes. In the early stages, judgment and abstract thinking may be impaired. Speech patterns may change slightly, the person may use simpler words, use words incorrectly, or be unable to find the appropriate word. An inability to interpret visual cues may make driving a car difficult. People with Alzheimer’s may be able to function socially but may behave unusually, they may forget the name of a recent visitor, and their emotions may change unpredictably and rapidly. They may get lost on their way to the store.

As the disease progresses, people have trouble remembering events in the past. They may require help with eating, dressing, bathing or going to toilet. Wandering, agitation, irritability, hostility, and physical aggression are common. All sense of time and place is lost; they may even get lost on their way to the bathroom at home. Their increasing consfusion puts them at risk of falling. Psychoses, with hallucinations, delusions, and paranoia, develop at some point in about half of people with Alzheimer’s disease.

Eventually, Alzheimer’s patients cannot walk or take care of their personal needs. They may be incontinent and unable to swallow, eat, or speak. These changes put them at risk of undernutrition, pneumonia, and bedsores. Memory is completely lost.

Progression is unpredictable. The expected survival from the time of diagnosis ranges from 2 to 10 years.

Generally, diagnosis is similar to that of other dementias. Evaluation includes a thorough history and standard neurologic examination. Clinical criteria are 85% accurate in establishing the diagnosis and differentiating Alzheimer disease from other forms of dementia, such as vascular dementia and Lewy body dementia.

Traditional diagnostic criteria for Alzheimer disease include all of the following:

The most recent National Institute on Aging–Alzheimer’s Association diagnostic guidelines also include biomarkers for the pathophysiologic process of Alzheimer disease:

These findings increase the probability that dementia is due to Alzheimer disease. However, the guidelines do not advocate routine use of these biomarkers for diagnosis because standardization and availability are limited at this time.

For most dementias, no treatment can restore the mental function. There is currently no cure or treatment that will stop or reverse the progress of Alzheimer’s disease. There are drugs that may be able to relieve symptoms for patients for a limited time such as memory loss, but they do not slow the progression of the disease.

Cholinesterase inhibitors modestly improve cognitive function and memory in some patients. Donepezil, Rivastigmine, and Galantamine are equally effective, but tacrine is rarely used because of its hepatotoxicity. They increase the levels of acetylcholine, which may be low in many forms of dementia. Donepezil is a first-line drug because it has once/day dosing and is well-tolerated. The recommended dose is 5 mg once/day for 4 to 6 wk, then increased to 10 mg once/day. Donepezil 23 mg once/day dose may be more effective than the traditional 10 mg/day dose for moderate to severe Alzheimer disease. Treatment should be continued if functional improvement is apparent after several months, but otherwise it should be stopped. The most common adverse effects are GI (eg, nausea, diarrhea). Rarely, dizziness and cardiac arrhythmias occur. Adverse effects can be minimized by increasing the dose gradually. These drugs are most effective in people with mild to moderate disease, and they can turn the clock back 6 to 9 months. Because the drugs are expensive and have side effects they should not be continued in people who do not benefit from them.

Memantine, an N -methyl- d -aspartate receptor (NMDAR) antagonist, appears to slow the progression of Alzheimer disease. The dose is 5 mg po once/day, which is increased to 10 mg po bid over about 4 wk. For patients with renal insufficiency, the dose should be reduced or the drug should be avoided. Memantine can be used with a cholinesterase inhibitor.

Efficacy of high-dose Vitamin E (1000 IU po once/day or bid), Selegiline, NSAIDs, Ginkgo biloba extracts, and statins (Simvastatin) is unclear. Estrogen therapy does not appear useful in prevention or treatment and may be harmful. Please consult with your doctor.

Also, treating disorders that are worsening the dementia, sometimes slows mental decline. For people that have dementia and depression, antidepressants (such as Sertraline and Paroxetine) and counseling may help, at least temporarily.

Research has found that keeping the brain active increases its vitality and may build its reserve of brain cells and connections, even generation of new brain cells. Higher levels of education, and brain activity, appear to have a somewhat protective effect against Alzheimer’s. You could still get Alzheimer’s, but symptoms may appear later.

Preliminary, observational evidence suggests that risk of Alzheimer disease may be decreased by the following: